Beware, T.Rex is here! Dinosaur coloring sheets are proper only for really brave children! Are you one of them? The biggest, the strongest and the most dangerous reptiles known from “Jurassic Park” movies and biology lessons are now available to download or print on Topcoloringpages.net. Now you can step back in time millions of years to the era of Prehistoric creatures with those amazing dinosaurs coloring pages. Of course, you can print or download each picture for free! 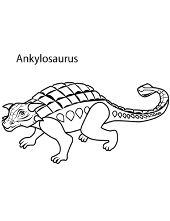 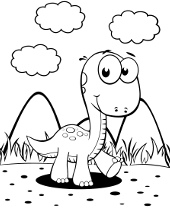 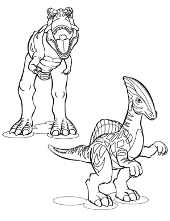 To see the correct answer just hover your mouse over a question!

Yes, all groups of those prehistoric reptiles laid eggs and built nests

3. What’s the title of the biggest hit movie about dinosaurs?

It is Jurassic Park directed by Steven Spielberg

All three of them.


5. Were dinosaurs: reptiles or mammals?

6. Were dinosaurs the biggest living creatures on Earth?

Yes, they were the biggest

Printable dinosaurs coloring pages for children with the biggest and the most dangerous creatures, which walked on Earth million years ago. As a matter of fact, it’s probably good that they are gone now because some of them were very dangerous species for humans. But on the other hand, it’s a great idea to print and color some of them. For example Triceratops, Ankylosaurus, Brachiosaurus, Brontosaur, Pterosaur, Corythosaurus, Velociraptor or mammoth on the nice coloring page.

And even the most dangerous and skillful predators of all times like Tyrannosaurus Rex called also as T.Rex. Do not worry too much kids – luckily nothing can be too scary on a piece of paper. And you can make them even less scary by painting for example, with pink crayon:) Do not forget to read interesting facts about dinosaurs, some of them will surely hugely surprise you.