LEGO coloring pages – the most popular building blocks in the world now available on Topcoloringpages.net. In this section, you will find coloring pages from series Duplo, Ninjago, Friends, Star Wars and Juniors. Among others, original logos, bricks, pieces, minifigures and even the whole sets. And after coloring, we invite you to solve our Quiz and to read a handful of curiosities about the fantastic LEGO world. 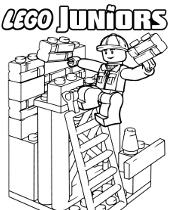 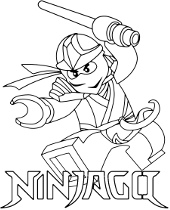 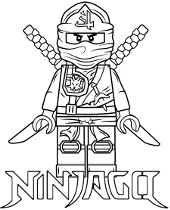 The Lego company was founded in Denmark or in the USA?

It was founded in Denmark

What color is the square in the LEGO logo?

This square is red

What is the name of a series of LEGO sets designed for the youngest children?

It is LEGO Duplo

What is the name of the famous amusement parks, which mostly consists of LEGO blocks?

Can we find dinosaurs in some the LEGO sets?

Yes, for example in the Jurassic World series.

Check the coolest bricks and minifigs!

Coloring pages with LEGO bricks pieces, minifigs and sets are an excellent choice for both, boys and girls. And here you will easily find unique LEGO coloring pages ready to be instantly printed in supremely high quality. You can choose from the Duplo, Juniors, Ninjago, Nexo Knights, Star Wars, Jurassic World and other pictures.

And the next good news for you is that this collection will be successively enriched with new cool illustrations. Among the available colorings, you will also find the original Lego logo. Also, do not forget to check our short quiz and read fascinating facts about the LEGO world.