Champions League of coloring sheets is right in front of your eyes. Top designs, great quality, different styles – that makes them so beloved by all children. And what’s more special in this set of football coloring pages? They all are related to this most beautiful game in the world: great goals, clumsy referee, focused goalkeeper, fantastic dribbling, crests of FC Barcelona, Paris Saint Germain and Real Madrid. All little football (also called as soccer) fans will be stunned! 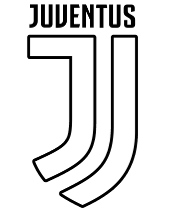 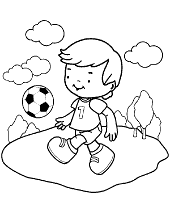 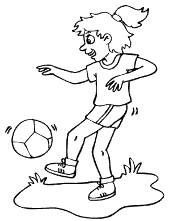 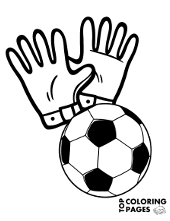 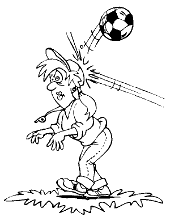 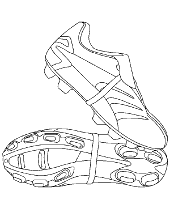 Just place your mouse cursor on a question to see a correct answer!

1. Which football club has the motto ‘Més que un club’?

4. Where does Christiano Ronaldo come from?

5. Which English city does Arsenal ‘The Gunners’ represent?

6. How often does the FIFA World Cup take place?

The best pictures for soccer fans?

This series of pictures is, no doubt, a true Champions League among football coloring pages for children! Did you know that this game, also called a soccer, is the most famous sports discipline in the whole world? And here we present a selection of great quality printable football coloring sheets for the youngest fans of this exciting sports discipline. Ready to be colored awaiting e.g. original crest of Real Madrid, Paris Saint Germain, FC Barcelona, Espanyol, Manchester United, Arsenal London, Tottenham London and Italian Juventus Turin.

W also offer a portrait of Neymar, referee and many others sport’s motives. Each picture is ready to be printed on a simple home printer on A4 size paper. This category of free images will most probably suit more to boys, but of course, we also warmly welcome all girls willing to join us here. Do you like to watch matches? Then you should definitely start browsing our football coloring pages from this category!