Be prepared for dozens of little, funny and energetic yellow creatures beloved by most of the children all around the world. And now they visited Topcoloringpages – waiting for your crayons. All Minions have something in common. They love bananas and get into big trouble from time to time. With them, there are also their human friends: Margo, Agnes, Lucy and of course, a bit grumpy Gru with his dog Kyle. So print your favorite pictures and prepare all shades of yellow. Each coloring page is for free! 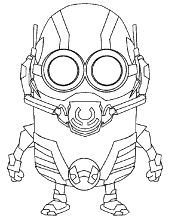 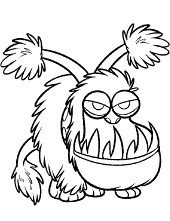 To see the right answer just place your mouse over a question!

His name is Herb

2. What are the names of Gru’s adopted daughters in the Minions 2?

They are Margo, Edith and Agnes

3. Which Minion has one eye: Kevin, Stuart or Bob?

One eye has only Stuart

5. What’s the color of bad Minion?

6. Who is the tallest: Kevin, Bob or Stuart?

The tallest one is Kevin

A great selection of Despicable Me pictures

Bob, Kevin, Stuart and the rest of the crazy pack of friends make trouble on Topcoloringpages.net! They most of them probably are searching for some tasty bananas and a new evil master. No doubt, they want to help him in spreading chaos! Because they have already served Gru, Dru, T. Rex, Genghis Khan, Napoleon and even the most famous vampire of all times – Dracula. Straight from Transilvania!

Who will be the next? It is hard to guess. All we know is that coloring pages with Minions need lots of yellow and blue color. So children! Sharpen your crayons, print favorite coloring page and have fun. Please do not forget to check a quiz and interesting facts about Minions too.