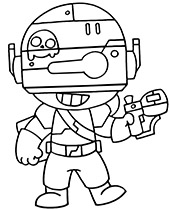 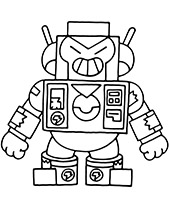 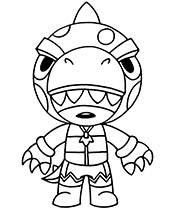 2. Is Brawl Stars a third-person shooter or an RPG?

Brawl Stars is a third-person shooter.

4. What is in the original Brawl Stars logo: flower or skull?

6. What was the name of Season 8: Jurassic Splash or Tara's Bazaar?

It was Jurassic Splash.

7. What was the name of Season 5: Once Upon a Brawl or Starr Force?

It was Starr Force.

8. Is Supercell (producer of Brawl Stars) from Japan or Finland?

Well, we think yes! These Brawl Stars printables are really amazing. But the most important question is what do you think about these new 40 printable Brawl Stars coloring pages above? Do you think they’re super cool? Would you like to see more free printables related to that stunning game? Maybe some particular Brawlers that you like the most? Share your ideas with us, and together we can make Topcoloringpages.net even better and better. And sooner or later it’ll finally be the ultimate printable coloring pages source for kids around the world. Of course to be used for free!

The new printable Brawl Stars coloring pages offer a huge amount of fun for all video game fans (but not solely!). Download or print for free all top characters featured in the game: Amber De La Vega, Belle, Colt, Griff Jura, Dino Leon, Bellhop Mike, Squeak, Underworld Bo, Bellhop-Mike, Brock, 8-Bit, and many more brawlers. But that’s not all, of course. You can also color the original Brawl Stars logo in many variations. And how about a quiz? Did you manage to answer correctly to all the questions? This is not an easy quiz, so answering more than half of the questions correctly is still an excellent result!

40 printable Brawl Stars coloring sheets is just the beginning and we plan to add new pictures soon. So stay tuned, observe Topcoloringpages.net via our social media channels and keep coloring! Player one, get ready!