Actors coloring pages is a collection of printable pictures with the greatest celebrities, which we know mainly from the world of movies and cinemas. You can print actors coloring sheets with Angelina Jolie, Matt Damon, Dwayne “The Rock” Johnson, Johnny Depp, Zac Efron, Robert De Niro, and many others. There are also celebrities known from previous eras, such as the unforgettable comedian Charlie Chaplin in his characteristic bowler hat and lightning-fast Bruce Lee. 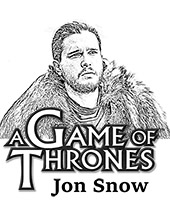 1. Is James Cameron an actor or a film director?

3. Was Elvis Presley a rock and roll or hip-hop superstar?

Elvis Presley was a rock and roll star.

4. What is the most recognized trophy (statuette ) in the movie world?

This award is an Oscar.

5. How do we call a person who, during the making of a film, plays dangerous scenes instead of an actor?

It is a stuntman.

6. Which is the equivalent of Hollywood in India?

7. Daniel Radcliffe became famous for his role as Harry Potter or Batman?

9. Beethoven and Marley are famous movie dogs or cats?

Interesting facts about actors and movies:

This collection of famous actors coloring pages is a real Hollywood Avenue of Stars in the field of printable pictures. Actors coloring sheets is an absolutely unique place where you can find illustrations for print and on them: beautiful and smart actress Angelina Jolie, funny Rowan Atkinson as an unforgettable Mr. Bean, Matt Damon famous for his role of Jason Bourne, Johnny Depp who is the most famous pirate of the Caribbean. But that’s not all! We also have powerful and hard as rock Dwayne “The Rock” Johnson, fast and dangerous Bruce Lee, and funny Charlie Chaplin with his famous bowler and cane. Actors coloring pages are great fun for the whole family. Free celebrities coloring sheets are a great piece of fun and you can download them completely for free. Then we suggest to carefully color them and hang them on the wall next to your posters with celebrities.